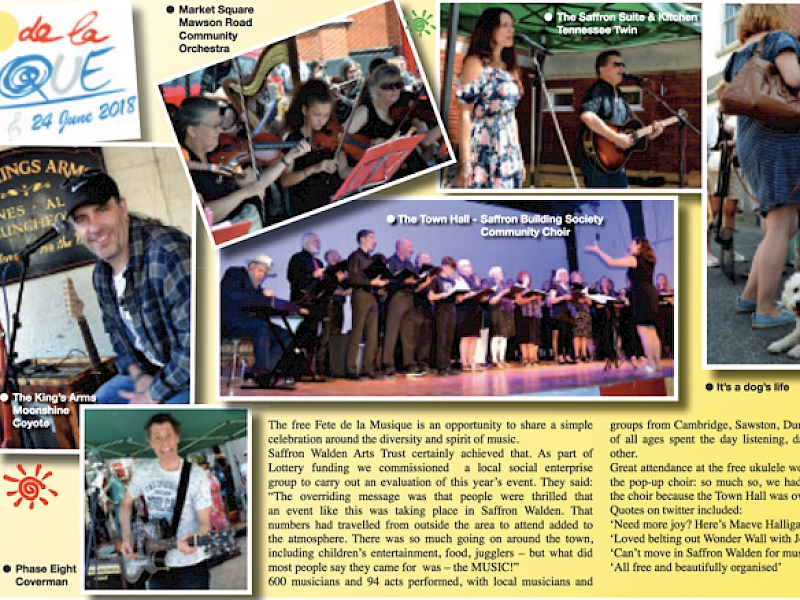 Sunday 24th June saw Tennessee Twin wow the crowds with two sets at the Saffron Walden Fete de le Musique. The pair performed at both the Saffron Hotel and the Cross Keys during the day, both sets to packed out crowds. Sets included a mix of modern country music, original songs and a few favourites from the Nashville TV show soundtrack.

The pair were even featured in a full report published by local paper 'The Walden Local'.